Does it take more faith to be an atheist? Part 2 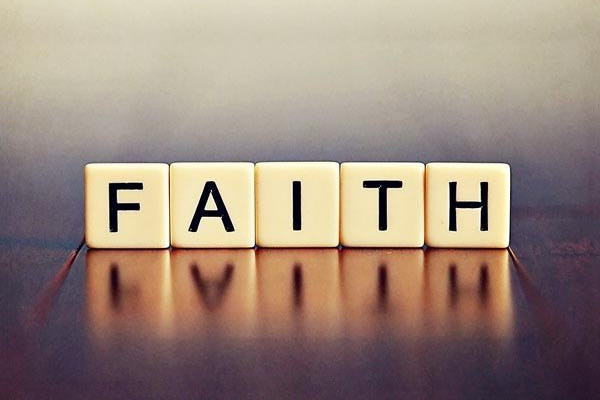 Back in July, I wrote a post by the same title. My goal in that post was to help you see that it takes more faith to be an atheist when the correct definition of faith is used. I wrote the original blog in response to an atheist podcast I was listening to where they said the very question of atheists having more faith makes no sense. You can read that initial blog here.

The purpose of part 2 is to respond to a question that I received on my first blog. A reader wrote in an offered the following comment.

As an atheist, I do have to say that I cringe when others try to insist that faith is defined as belief without evidence. That’s not how I understood faith when I was a Christian, and it’s not how the Christians with whom I converse understand faith. I define faith in pretty much the same way that you do: trust in a person or concept.

I really appreciate this first part. It is always nice when someone holding to a different worldview will allow me to define the terms for my own view. Just as I wouldn’t redefine a word and claim that an atheist must accept that definition, I wouldn’t want them to do it to me. The reader continued.

That said, I still don’t see how one could justify the claim that atheists have more faith than do theists. Presumably, both classes of people have faith in their families, friends, authority figures, and beliefs. However, theists also have faith in at least one further entity which atheists do not: God. That would seem to imply that theism necessarily requires more faith than atheism.

By what measure does atheism require more trust in persons or concepts than does theism?

We are not adding up faith

The other option would be to try to figure out how much faith you had in every single person around you and total that up. But as you can see, that would be completely impossible. Exactly how many friends do I have faith in?

I’m talking about faith in a person

Let’s say that we are in a courtroom and there is a man who is being charged with murder. The more evidence of the person’s guilt, the easier it is to trust that they committed the crime. If I have good reason to believe he is guilty then it is easy to trust the prosecutor. If the prosecutor cannot answer basic questions about the crime, then it takes a lot more trust to believe what the prosecutor is saying.

I think this is similar to the faith we have in Jesus. The Christian worldview answers the deep questions about life and provides evidence for the person of Jesus. The biggest piece of evidence is His life, death, and resurrection. The atheist worldview cannot answer big questions like: Why is there something rather than nothing? Where did first life come from? How did consciousness arise from unconscious matter? For this reason, it is easier to trust that Christianity is true and say that it takes more faith to be an atheist. Christianity provides better answers to life’s big questions.

Belief In vs Belief That

Finally, before any Christians get upset, there is a difference between the belief that a worldview is true and belief in Jesus. We do have a faith in Jesus that an atheist doesn’t have, and I am not saying that believing Christianity is true is enough for someone to be saved. I am responding to the idea of faith that a worldview, or belief, is true.

So, by what measure does atheism require more trust in persons or concepts than does theism? Atheism requires more trust in their worldview because the evidence is not on the side of atheism. The naturalistic or secular worldview cannot answer some of the most important questions which makes it take more faith to believe it is true. Believing that the Christian worldview is true takes less faith because Christianity best explains the world around us. Once you believe that Christianity is true, the final step is to believe in Jesus.

27 thoughts on “Does it take more faith to be an atheist? Part 2”