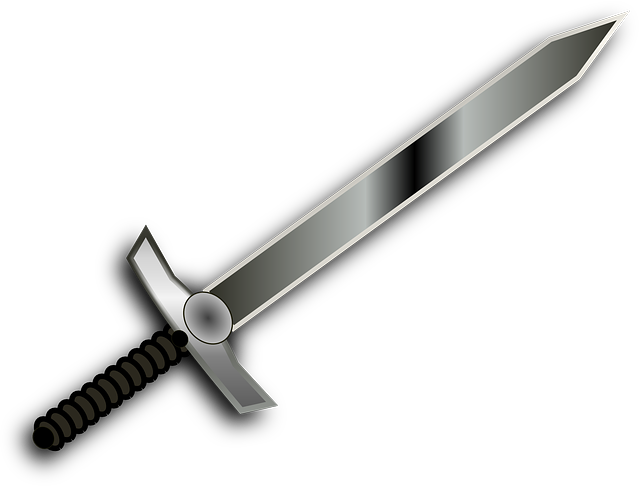 The idea of a two-edged sword, or a sword that cuts both ways, has a storied history. The analogy is somewhat problematic, as swords always have two edges anyway, and it is in doubt that a trained swordsman is going to be constantly cutting himself with his own sword. But regardless, we know what it means. It’s a self-defeating or self-refuting idea, where an idea basically falls on its own sword (OK fine, I’m done with the sword puns). My contention is that these ideas are more common than we probably realize. I believe it’s important, for the sake of a better-informed society and more intelligent conversation, that we drop some of these ideas.

So what makes for a self-defeating idea? Let’s look at 10 examples:

1) All truth is relative.

If all truth is relative, then this statement is also relative, and can’t apply to anything beyond itself. The statement therefore becomes almost meaningless!

2) No one can know the full truth about religion.

This seems like a great and humble statement about religion. Of course it’s arrogant to say  you know the full truth about religion, that somehow you have a full and truer view of the world than someone else. So what’s the problem and why am I bringing this up? The problem is, that statement is actually claiming a ‘full truth’ about religion. It’s like saying that there is no such thing as an English sentence.

I’ve heard this before. People think that religions believers need God as a kind of psychological crutch to face the terror of death. But this statement won’t do the trick, for a number of reasons. First, the origin of a belief doesn’t really have anything to say about the truth value of the belief. Second, saying something about someone’s psychological state goes both ways. You say people need there to be a God, I say you need for there not to be a God. The point is: Someone’s needs or desires often having nothing to do with the truth of a particular idea or statement.

The next one’s fun, it’s a pretty popular maxim that I actually found repeated at the start of my logic textbook (how ironic!).

4) “It is wrong, always, everywhere, for anyone to believe anything on insufficient evidence.” – W K Clifford

What evidence is there that we should believe this? There’s no evidence here for that statement being true – therefore we shouldn’t believe this statement.

5) Science is the only reliable guide to truth.

The problem: This isn’t a scientific statement, so we can’t trust that this statement is true!

6) You should doubt or be skeptical of everything.

Therefore I’m doubtful and skeptical of this statement!

7) You can’t know anything for sure.

Do you know that for sure?

8) Belief in God is a projection of your culture.

That belief about religion is a projection of your culture.

9) Determinism is the only way to understand the world.

You have to draw out the implications of determinism to show the problems of this view (also, I’m referring to hard determinism here). By making this statement, you’re trying to change someone’s mind. Why bother if it’s determined? Also, to count as a rational belief the belief must be chosen, which is impossible on a deterministic account.

10) Naturalism and evolution are true.

This is a bit more indirect, and much more heavily disputed. The key idea is that when these two ideas are combined, you undermine the reliability of your cognitive faculties. If the brain and how it thinks have just evolved from fight to survive mechanisms, then we don’t have any reason to suggest the brain comes to true beliefs, just beliefs helpful for survival. Therefore, by saying that both naturalism and evolution are true, you undercut the reliability of your cognitive faculties. This is a far more complex argument to do justice to within a short paragraph, feel free to hold this one in suspension until I return to it at a later date.

If you’ve believed some of these ideas before, I would encourage you to either refine the way in which you think about the idea, or drop it completely. Can you think of any other self-defeating ideas?