Is atheism the “lack a belief” in God? 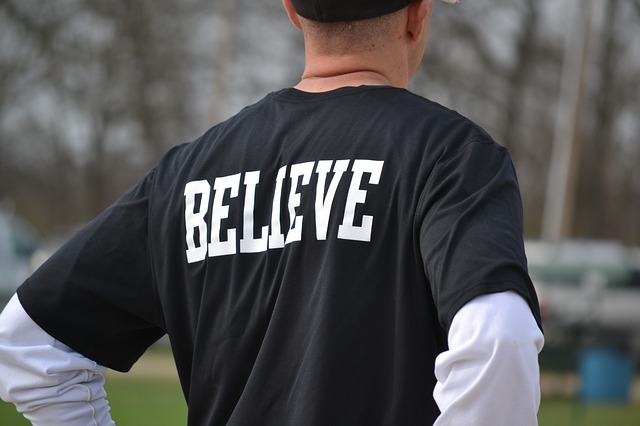 It’s back to Twitter to answer another common atheist response. Last time I looked at the atheist objection that Christians can’t claim to have the One, True God because there are almost 5,000 gods being worshiped. This time I want to look at the statement that atheism is simply a “lack of belief in god.” Some will claim that they don’t need to produce evidence that God doesn’t exist because they aren’t making the positive statement “God doesn’t exist.” In the past, the definition of an atheist was pretty simple. An a-theist was simply not a theist. It was someone who believed that there is no God. Now, the definition has changed to “a lack of belief in god.” I think there is a very good reason why atheists have attempted to make this change, but first, I want to look at examples from Twitter. Simply search “lack of belief in god ” on Twitter and these responses come up.

“Anti-theism is opposition to Theism. Atheism is the lack of belief in God(s). DIFFERENT.”

“Atheism = lack of belief in god/gods. That’s all. Whatever else someone can invent has nothing to do with Atheism.”

“The simple definition of atheism is the lack of belief in god and anything supernatural.”

“Atheism means lack of belief in God or gods. Period.”

“#Theists on here attempting to redefine the word “#Atheist“. It’s really quite simple – Lack of belief in #god. Anything else is separate.”

If you are thinking that this is simply the response from Twitter atheists, then you could go to atheists.org and see this. “Atheism is usually defined incorrectly as a belief system. Atheism is not a disbelief in gods or a denial of gods; it is a lack of belief in gods. Older dictionaries define atheism as ‘a belief that there is no God.'”

Why is there a push to redefine “atheist?” I think the advantage of this new definition is that it relieves the atheist of their burden of proof. If they make a positive statement that God doesn’t exist, then they have to produce evidence to support that statement. Simply lacking a belief in God never makes a positive statement and so there is no need to produce evidence. This puts all the pressure on the theist to shoulder the burden of proof and produce evidence for God’s existence. However, don’t let them get off the hook that easily.

If atheism means “a lack of belief in god” then these two things are also true.

1. Theism and atheism can both be true at the same time.

I heard this point for the first time from Dr. Richard Howe, a philosopher from Southern Evangelical Seminary. It is logically possible for atheists to lack of belief in God and have God exist at the same time. For example, I lack a belief in the best lake for fishing in Canada. That doesn’t mean that lakes or fishing doesn’t exist, I simply have no thoughts or beliefs about them. So, if the atheist simply lacks a belief in God, then just point out that the existence of God is still possible in his viewpoint.

2. Every non-human animal and object is an atheist.

It also follows from this definition that every animal and even every object is an atheist. My books lack a belief in God so they must be atheists. Someone may respond that books don’t have beliefs and so that is just absurd. This is where Andy Bannister makes a great point on page 33 in his book, The Atheist Who Didn’t Exist. Bannister will respond to this by saying, “So you’re now saying that atheism is the lack of belief in God by a creature that has the ability to form beliefs?” This is now a positive claim that is only made my someone who can form beliefs. This is where it begins to self-destruct. If this definition was truly a non-belief, then you wouldn’t need to form a belief to make it.

In conclusion, I am convinced that this new definition is just a sly way of switching the burden of proof back to the theist. Don’t allow them to reverse the burden of proof back to you. Instead, mention one of these points the next time you are in a discussion with an atheist that claims they don’t need to produce evidence because they simply lack a belief in God. When it comes down to it, they do have a belief about the statement “God exists.” I have yet to meet an atheists that agrees.